Electric Scooter Law in the UK

Are electric scooters illegal in the UK?

Whereas thousands of electric scooters are used every day in European cities such as Paris (where 15,000 e-scooters are available to hire!), in the UK the growth of e-scooter popularity in our cities has been hampered by the status of e-scooters in UK Law.

What does the law in the UK say about electric scooters?

This means that in order to be road legal, an electric scooter would need to meet all of the standards required of motor vehicles by the Road Traffic Act 1988. These are the same, stringent standards which cars are required to meet and would include being registered with the DVLA, licensed, taxed, insured and fitted with number plates.

Where is it legal to use an electric scooter in the UK?

Electric scooters may be used on private land with the permission of the landowner. This definition has a wider application than you might think. In 2018, a successful trial took place at London’s Queen Elizabeth Olympic Park where users were able to rent electric scooters to travel around the park. This was made possible because the park is open to the public, but privately owned.

Yes! Earlier in 2020 the UK government announced proposals to hold a consultation on electric scooter use in the UK, paving the way for the technology to be used legally and safely on public roads. The proposed legislation on e-scooters is part of a wider Future Transport initiative.

It’s likely that UK residents will first get the opportunity to ride them in four “Future Transport Zones”: Portsmouth and Southampton, the West of England Combined Authority, Derby and Nottingham. Pending the successful completion of this trial, we can expect electric scooters to be approved for use on roads throughout the UK.

The good news is that times are changing. Pending the outcome of an e-scooter trial announced by the UK government this year, we can soon expect to enjoy legal, widespread electric scooter use in the UK. 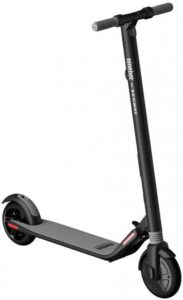 Does the UK electric scooter ban apply to all e-scooters?

Yes. For the reasons outlined above, all e-scooters are currently banned from the roads in the UK. It is theoretically possible for an e-scooter to be classed as road legal. Manufacturers are free to submit products to the Driver and Vehicle Standards Agency for approval. However no models currently meet these standards and for e-scooters to become road legal, it is more likely that the law will need to change.

Can I ride an e-scooter on the road or pavement anyway?

Despite what the law says, you may well have seen somebody riding an electric scooter on a footpath, pavement or cycle path in the UK. You might also have read accounts of UK police officers turning a blind eye to e-scooter use.

Using common sense, riding slowly and carefully, and avoiding crowded areas may ensure that e-scooter users avoid upsetting others and attracting the attention of the police. However the law is clear that to do so would still be a criminal offence.

What are the potential consequences of using an e-scooter on the road or pavement?

Although the laws around electric scooters may not be rigorously enforced in parts of the UK, riders risk a £300 fine and six points on their driving licence if they choose to ride an electric scooter on a public road, pavement or cycle lane.

Why are electric bikes legal, when electric scooters are not?

There is one key difference between electric bikes and e-scooters in the eyes of UK law. The majority of electric bikes in the UK are classed as “electrically assisted pedal cycles”. They require input from the user – in the form of pedalling – in order to get moving. The electric motor will then assist the user up to speeds of 15.5mph, before cutting out to restrict speed.

In contrast, electric scooters do not need input from the user. Momentum is generated from the electric motor and the electric motor only. ‘Electrically assisted pedal cycles’ are subject to the same rules and regular push bikes and can be ridden anywhere where it is legal to ride a pushbike.

From what age are you allowed to drive an electric scooter?

Since no e-scooters in the UK are classed as road legal, there is no minimum age at which you are allowed to drive an electric scooter.

Do you need a driving license to drive an electric scooter?

Since no e-scooters in the UK are classed as road legal, you do not need a driving license to ride an electric scooter on private land.

We use cookies to ensure that our website runs as smoothly as possible. If you continue to use the website, we will assume that you agree to it.Accept